Information
The backwardness of machine tools has been the bottleneck of China's manufacturing industry. After ten years of development, domestic machine tools in some fields are no less than similar foreign products.
Ten years ago, in the "Technical Bottleneck Talk" series organized by the Science and Technology Daily, Qu Xianming, then the deputy director of the Technical Committee of the Academy of Mechanical Science, pointed out in an exclusive interview that the state's investment in manufacturing is difficult to get rid of "introduction, backwardness, The "re-introduction" cycle, although some or all of the imported technology has been transplanted to similar domestic products, has had little innovation.
专家 At that time, experts pointed out that the research and development of CNC machine tools is a top priority, and the machine tools should be "flexible, highly accurate, and greatly improved in efficiency, which will cause a fundamental change in our level of manufacturing and processing." At that time, China's CNC machine tool market was still monopolized by foreign businesses. Due to insufficient stability of the machine tools we developed, it is difficult to compete with foreign high-quality machine tools.
The machine tool is the starting point of all manufacturing industries. Ten years later, is the level of machine tools still the bottleneck of China's manufacturing industry? The reporter recently interviewed Qu Xianming experts again.
"In the past ten years, the scale of China's manufacturing industry has grown rapidly. According to the data of the previous year, it is about 25% per year." Qu Xianming pointed out that the rapid growth of the manufacturing industry has stimulated domestic machine tool demand and promoted the technological progress of domestic machine tools. . At the CNC Machine Tool Expo held in Nanjing this year, most of them are machine tools made by domestic brands.
"Compared with ten years ago, the level of CNC machine tools in China has improved a lot." Qu Xianming said, such as five-axis linkage machine tools, China could not produce a decade ago, and now there are several domestic brands.
Qu Xianming believes that the obvious progress in machine tools in recent years has enabled us to achieve breakthroughs in some manufacturing areas. An example: The successful domestic production of a 36,000-ton vertical extruder enabled China to produce large-caliber thick-walled pipes, so the price of similar products in Japan was forced to be significantly reduced. Some other heavy-duty machine tools have also reached the international advanced level, and domestic five-axis machine tools are also a landmark achievement.
But we have not mastered the production technology of some important high-end CNC equipment, which has restricted us in some of the most important manufacturing fields such as large aircraft and integrated circuit production. Therefore, in order to achieve the overall take-off of the manufacturing industry, high-end CNC equipment is still a difficult point that must be overcome.
"In advanced technology, we are still in the follow-up stage." Qu Xianming said that China's CNC machine tools still have a gap in terms of high speed and precision. For products of the same specification, the speed of foreign machine tools is about three times that of domestic machine tools, and the accuracy is also close to an order of magnitude higher.
Qu Xianming told reporters that CNC machine tools are an extremely complex industry. The technical bottleneck of domestic machine tools can hardly be attributed to a single specific link. Generally speaking, CNC machine tools are composed of digital control systems and machine tools. China has a gap in both areas.
On the one hand, a high-performance CNC system is a key factor in determining the performance and cost of the entire machine tool. The domestic high-end CNC machine tools exhibited at the Nanjing Expo this year are all CNC systems from foreign companies such as Siemens or Fanuc. In terms of high-speed, high-precision, five-axis machining and intelligent functions, the domestic CNC system has a significant gap with the world's advanced level. This is due to the comprehensive gap between the domestic CNC system architecture (hardware platform, software platform, fieldbus), high-speed and high-precision control algorithms, and servo drives. On the other hand, functional components such as electric spindles, double swing heads, turntables, nano-precision gratings, and core technology for the design and manufacture of the entire machine are also key constraints for manufacturing high-end machine tools in China. The improvement of the overall technology of China's CNC machine tools can not be separated from the support of advanced functional components industry.
The above-mentioned gaps also come from various reasons such as poor quality management, insufficient technology accumulation, and low R & D investment, and it takes a long time to resolve them. Nevertheless, Qu Xianming's expectations remain optimistic. He believes that the huge domestic market demand is a positive factor driving technological progress. It can be expected that by 2020, a large number of high-end CNC machine tools required in various fields of manufacturing will be produced in China. 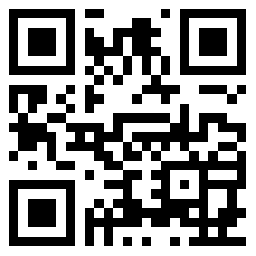